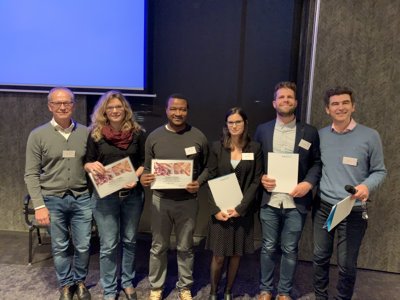 On 31 October and 1 November 2019, over 200 participants from a total of 20 countries gathered together in Nijmegen, The Netherlands, for the 4th International conference on Innate Immune Memory. The conference was organized by the department of Internal Medicine of the Radboud university medical centre. 77 abstracts from both early career researchers as well as senior scientists, among them many members of the INTRIM consortium, were submitted and the 2-day program was diverse and very interesting. 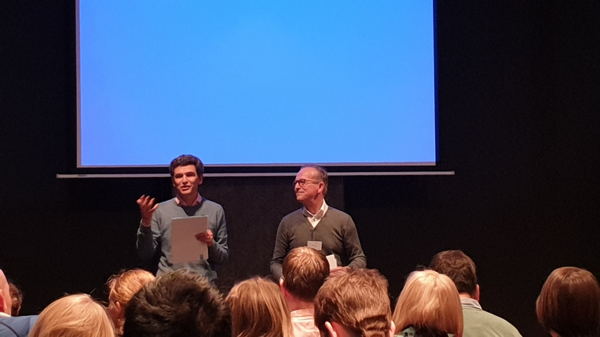 The conference was opened by professor Mihai Netea, who welcomed everybody with a tale on the history of Noviomagnus - the Roman name of the city of Nijmegen. Professor Jos van der Meer then opened the first scientific session as chair, followed by a fantastic keynote from Joachim Schultze, who talked about the history, the evolution and the future aspects of innate vs acquired immunology. Joseph Sun presented his research on novel emerging insights in NK cells and trained immunity, followed by the award winning talk of Godfrey Temba on the impact of urbanization in Tanzania and the shift in innate immune response driven by diet change. The session was concluded by Anna Aschenbrenner, who presented on long-term adaptation of fatty acid primed monocytes.

The morning continued with a more molecular insight in trained immunity, chaired by Eicke Latz. All the way from the US, Keiko Ozata presented her data on IFN memory responses and from way down south, Stephanie Fanucci gave a wonderful talk on the role of lncRNA in trained immunity. Early Career researcher Florian Wimmers, another award winning presenter, intrigued us with a talk on the changes that occur in the chromatin landscape after inoculation with inactivated vaccines. 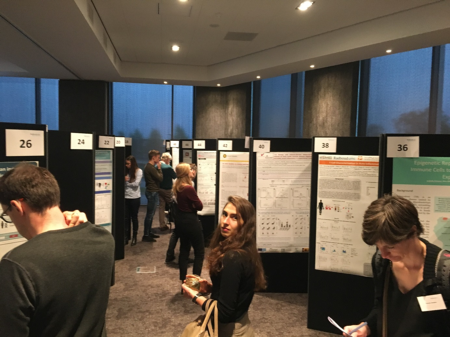 During lunch, there was time for networking and poster viewing, and the sessions were continued after lunch with more talks on innate immune memory mechanisms, specifically in the hematopoietic compartment, chaired by Giuseppe Matarese. Triantafyllos Chavakis discussed the impact of b-glucan training on granulopoiesis followed by further insights into the hematopoietic stem cell compartment by Maz Divangahi, who showed contrasting effects of BCG and Mtb on myelopoiesis. Finally, Berengere de Laval discussed the role of C/EBPb protein in the myeloid signature of hematopoietic stem cells.

The first day was concluded by another session on innate immune memory mechanisms, chaired by Zoltan Fehervari. Robin Choudhury fascinated us with his data on innate immune memory in patients after normalization of high blood glucose levels, followed by insights in novel nanotechnology by Willem Mulder. The day was concluded with another keynote from Kenneth Walsh, who introduced us the topic of Clonal Hematopoiesis.

At night during dinner, everyone was fully enjoying the food and atmosphere, some took a stroll along the river the Waal and others showed off their posters and research to one another. A lot of new future collaborations and novel ideas were initiated at the social events.

Day 2: a focus on disease pathophysiology and treatment 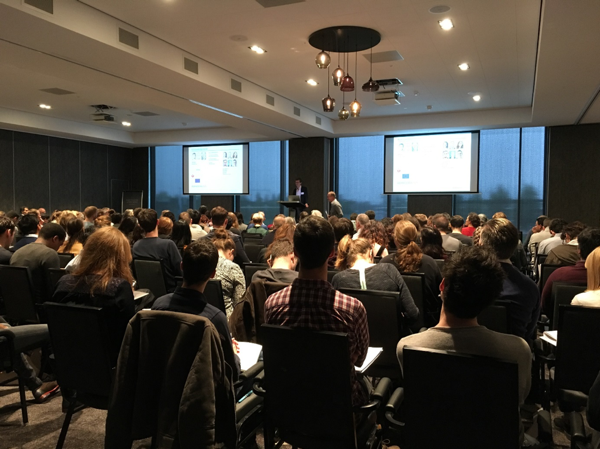 The second day of the conference focused more on disease pathophysiology. Niels Riksen gave a comprehensive overview on trained immunity and atherosclerosis, emphasizing the role of the bone marrow in understanding this disease. Shabaana Khader continued with a talk on multi resistant tuberculosis and finally Kyle Cunningham stunned us with his research on how helminth lysates can induce trained immunity and potentially protect against chronic dieases.

In the final session of the conference, there was a focus on prophylaxis and treatment of trained immunity. Elisa Jentho presented her data on trained immunity by heme, followed by a talk on non-specific effects of vaccines by Christine Stabell-Benn and Nigel Curtis. The day was concluded by a final keynote of prof Michael Skinner on trans-generational transmission of traits.

All in all the conference connected those interested in trained immunity and gave young researchers the opportunity to present their work. Next to the above mentioned presentation awards, poster prizes were awarded to Anaisa Valido and Eva Kaufmann, with a special thanks to Nature Immunology and Hycult for funding the awards. See you at the next conference! 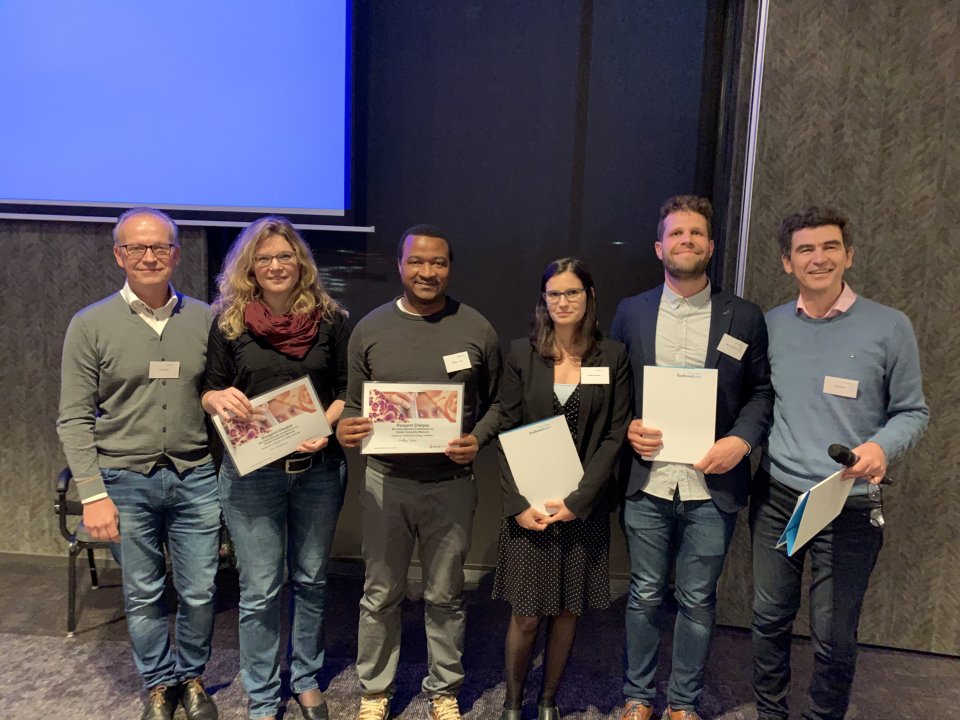 Special thanks to Michelle Brouwer, Harsh Bahrar and Leonie Helder for input and photo's